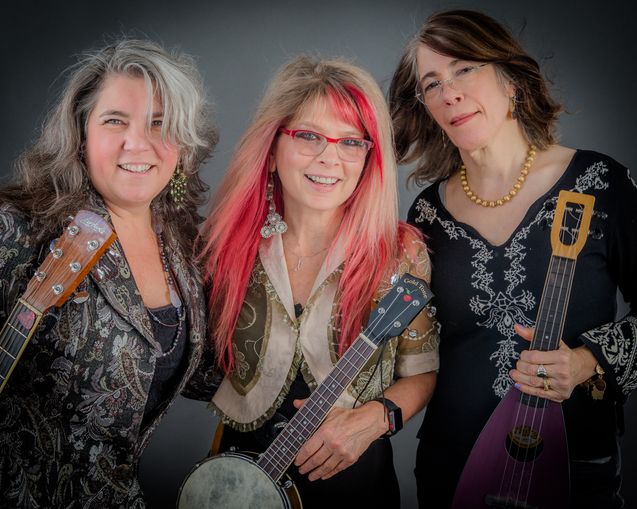 Connecticut is blessed with incredible women singers who sing a variety of roots music from bluegrass to R and B and anything in between.  Through my participation in area open mics I started backing up two great singers - Sandy Connolly and Jilian Grey.  The Bluelights singer instrumentalist Lauren Agnelli showed up one night and played some of her original songs to an appreciative audience.  I got the idea that these three women could combine their talents and the Roots “Diva” idea was born with Washboard Slim and the Bluelights as the backup band.  A typical show these days includes solo and group “Diva” songs as well as numbers by the Bluelights themselves.  Audience attendance at these shows has been such that we are having to find bigger venues for the future.

One afternoon in January, 2019 the Bluelights and the “Divas” recorded 6 songs live at the Crescendo Studio an intimate performance  space in Guilford, Connecticut. 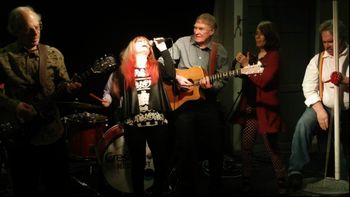 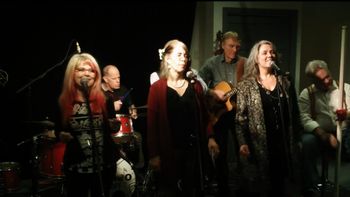 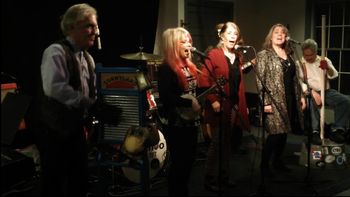 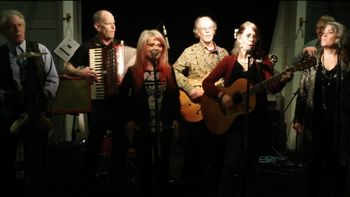 Listen to the tunes we recorded at the Loft Sessions, featuring Lauren Agnelli, Sandy Connolly and Jilian Grey:

Check out our sampler video for the Washboard Slim Roots "Diva" Project.

The audio was recorded live at Crescendo Studio in Madison, CT, January 5, 2019. As our tribute to "American Bandstand" we lip synched to the audio tracks we'd recorded just a few hours before.

Here's little about each of our featured artists:

Songwriter/musician Lauren Agnelli dwelled in NYC during '70's NY Rock scene.  She was the Village Voice's youngest freelancer; she also wrote for legendary Creem Magazine.  A vocalist, guitarist, bass player, uke player, and charismatic performer, Agnelli co-founded Nervus Rex and Grammy-nominated Washington Squares.  She has toured all over the U.S., Canada, England and parts of Europe. Lauren Agnelli's songs have appeared on 80-plus recordings.  More about Lauren.

Sandy got her singing chops in the Southland as a classical singer but went to the dark side singing blues after hearing a Bonnie Raitt concert.  She has toured for many years as a band leader and released two CD’s: " Your Prescription For The Blues" and “No Turning Back.”  She now concentrates on running her own performance venue along with three local open mics which attract top level musicians from many genres.

Jilian hails from several generations of performers who have cultivated and instilled a charismatic stage presence that is infused in in her vocal style.  As a solo artist and band leader for the pop group HotHouse and swing band Cherry Pie, Grey has performed in clubs from the eastern seaboard to stages on the Las Vegas Strip.  Grey’s first love are the American jazz classics, but she brings her unique sound to blues, pop, and roots music.